Starting a New Business in the Corona Climate

Twelve years ago, DeliveryMaxx was started without government funds or any other financial assistance in the worst economic downturn since the Great Depression, The Great Recession of 2007-2009.  Today, DeliveryMaxx is a digital media company with a Patent-Pending program that creates a comprehensive strategy allowing its clients to improve SEO, Online Reputation, Social Media Marketing/Advertising and Engagement, Content Management and Customer Retention all utilizing a mobile app.  In short, DMAXX as it is known to its clients creates a plan to turn their normal course of daily actions into marketing and advertising opportunities.  The app was created to minimize cost and allow clients to instantly gain a larger audience sharing their message on the World Wide Web thus increasing sales and/or service.  DeliveryMaxx utilizes positive reviews, daily post for engagement, blogs and video messaging to reach every facet of clients’ potential customers. Not to mention, the program is very simple and easy to use and gives the appearance that clients have a larger marketing department than what they really do.  The best part about the program is that the clients’ customers feel valued and are more incline to spread these positive messages through the digital media channels better known as social media.

However, DeliveryMaxx didn’t have an easy road.  When first developed in 2008, the program depended on Kodak digital cameras which had a special function of labeling photos of happy customers and the ability to quickly produce marketing materials.  The iPhone was in its infancy.  Quickly, DeliveryMaxx had to adapt to the emerging technology of online reviews and a relatively new concept of Search Engine Optimization.  Over the last decade, DeliveryMaxx has spent millions in research and development to create a program that accomplishes businesses, non-profits and others needs’ in all areas covered in the digital media arena.

Like any startup, DeliveryMaxx was faced with operational challenges including labor and other expenses.  The first turn towards positive success was to utilize the same program that was pitched to clients.  Proper execution allowing the internet to do all of the heavy lifting led to increased client acquisition and management.

The United States has been ordered to come to a complete stop if a business is not deemed essential.  Many consumers are afraid to leave the house and the ones that do have started to come up with creative ways to cover their mouths utilizing plastic bottles, fruit peelings, diapers and other interesting contraptions.  There is still no answer as to why everyone made an instant run towards the toilet paper.  Nonetheless, many people will be out of a job and have to find something new to do.  Either their company will have to lay off employees to minimize labor cost or many businesses will just shut the door forever.  A small stimulus check will not be enough to help a family of four and the government will be at a loss of additional tax revenue that it won’t be able to sustain the economy.  The only thing that will get the US out of this mess is that businesses are rebuilt or started from scratch.  These businesses will need to find the most cost effective way to get their message out to the masses in order to create and ultimately increase sales.

History shows us that the Great Recession of 2007-2009 was created by overextended credit and risky mortgages which resulted in a housing market crash and the failure of several investment banks.  The 1981 recession was due to rising inflation from the 1970’s which resulted in tightened monetary policy from the Federal Reserve, while regime change in Iran led to rising oil prices. Amid these crosscurrents, the U.S. found itself with falling inflation but rising unemployment by the early 1980s.  Many of our senior population can vividly remember the 1973 recession which lasted about 2 years because of quadrupling oil prices by Arab exporters resulted in stagflation (high inflation amid stagnant economic growth) and a stock market crash.  Although, you would have to be 91 years old to have lived through The Great Depression, we have all learned about this in school.  After a six-year bull market on Wall Street, over-speculation led to an October 1929 stock market crash. Economic production fell by 50 percent, and unemployment surged to 25 percent. 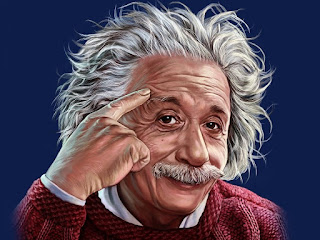 Albert Einstein once said, “Insanity is doing the same thing over and over and expecting a different result.”  Make no mistake, we will be in a recession that will take a minimum of 2 years to recover.  If our government leaders on both sides of the aisle pander to the special interest groups without caring for “We the People” we will potentially create the 2nd Great Depression.

Nobody would have ever thought a virus that has over an 85% recovery rate would crash our economy and end up putting so many people out of work.  Unfortunately, that presents many people with two options.  Quit or as our grandfathers used to say, “Pull up your bootstraps and get to work.”  There are many who would like to do this and as soon as the quarantine is lifted will do just that.

Adversity, it can break you or make you if you let it, the choice is yours. 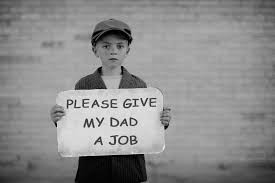 In 1929, amid the Great Depression the notorious year that the stock market crashed, spurring a 10-year global downturn, also marked the birth of an aerospace giant. United Aircraft and Transport Corporation began life as a holding company for airlines, airplane parts manufacturers and aviation companies such as Boeing.

Most industries floundered under the financial crisis, but the Golden Age of Aviation was in full swing and kept United Aircraft aloft. In fact, the company pulled so many other businesses under its umbrella during its initial years that it quickly smacked up against antitrust laws. In 1934, Boeing and United Airlines became separate companies and United Aircraft turned into what is now UTC, a diversified industrial manufacturer.  By 2008, UTC reported $58.7 billion in revenue.

FedEx was born when Frederick W. Smith identified a pressing business need of important documents had to reach their destinations within one or two days. He incorporated a company called Federal Express in June 1971 and began operations in 1973 from Memphis International Airport. On its first night, in April, FedEx shipped 186 packages to 25 U.S. cities.  However, all was not well on the international front, and within months, several Arab states had embargoed oil exports to the United States. While this news could have been disastrous for a company that relied on petroleum-fueled transportation, Federal Express stayed alive and became profitable in July 1975, when oil prices finally leveled off.

The Applebee's chain was founded by Bill and T. J. Palmer in 1980. The vision that they wanted was "to create a restaurant that had a neighborhood pub feel to it and could offer friendly service along with quality fare at a lower price than most of their competition."  Also, Fuddruckers created a couple of years prior in 1979 by Philip J. Romano developed a concept to offer large hamburgers in which the meat is ground on-site and buns are baked on the premises.

Through adversity entrepreneurs find the strength they never knew they had.  Today’s economic climate is rather depressing if we continue to let the media dictate how we are supposed to feel.  For those looking for a silver lining is that a business (hopefully thousands) will be born and when we face another inevitable crisis, we can update this report with Businesses Created during the Corona Depression.

DeliveryMaxx is in the same boat as many of our clients and other businesses around the country.  We are facing difficult decisions that include temporary layoffs, reduction of expenses, increased workload from employees and reduced pay due to lack of revenue.  However, with our suite of digital services, DeliveryMaxx is able to help clients make an impact on the internet including Online Reputation, Social Media Marketing and Advertising, Content Management, SEO, Website Development, Customer Retention Satisfaction and other Digital Media Strategies giving them a stronger reach which means more sales and services provided.

DeliveryMaxx is able to customize and create a strategy for businesses, churches and any entity that is trying to gain more exposure on the web.  With clients in multiple industries and across the country; we utilize our Patent-Pending Program to develop a digital strategy that will meet the needs of sales, service and messaging to the masses.  We are one of the only digital media company that provides a simple to use app which will allow to immediately collect online reviews, post engaging videos and online content with branding and advertising.  The program is embedded with digital code helping increase SEO which provides first page results on the Search Engines.  It is a tool that is implanted with a complete digital strategy giving their clients a competitive advantage over the competition.  For more information about DeliveryMaxx contact (888) 938-6299 or watch the DeliveryMaxx Introduction Video!