A Story of Sacrifice by Small Businesses

Owning your own business is much like being the umpire calling balls and strikes while you are also on the mound pitching.  Those of you that own a business know this is not the case.  As a matter of fact, owning your own business is actually like playing every position on the field, but instead of 3 umpires managing the game, you have an umpire for each person on the field who is demanding perfection from you while thee stadium is packed of potential clients while your competition is hidden within.

Today, small businesses have the same struggles as they always have had.  They are faced with taking risk just to make payroll.  They have to decide what to invest to keep their business growing or even in severe cases, operational.  They are tasked with writing off owed revenue at times or foregoing their own salaries to have the ability to pay an employee.  In most cases, the first 10 years is not glamorous at all.  As the owner of DeliveryMaxx, I can remember a time that my son brought home a baseball teammate of his to watch the World Series at our house.  I was sitting at the dining room table working on a project, and he asked me what channel the game was on.  He couldn’t find it.  With embarrassment, I told him I had to cut off cable to save money.  Being wise beyond his years, he didn’t miss a beat and told his friend they would have to listen to the game on the radio instead.

Recently, the government passed a 2.2 Trillion Dollar Stimulus package that was touted at helping small businesses make payroll.  Over 1.8 Trillion Dollars was used on anything but helping small businesses.  Most of the money went to the public arts, congress, displaced refuges, colleges with billion dollar endowments and other entities chosen by our elected officials.  The 389 Billion that was left over was quickly swallowed up by big businesses and those with personal relationships with their banks.  Mega banks like Wells Fargo, Chase and others squeezed out the small businesses making them fend for themselves during this overhyped media driven politically backed scare of a seasonal virus.

Shelley Luther, owner of Salon A La Mode defied unconstitutional orders by local County Judge Clay Jenkins who is using his position of power to eye a run for Governor and opened up her salon even though the order said she was not allowed.  She stated that it didn’t make sense that the dog groomer next to her was allowed to work while she had to keep her doors closed despite still having to pay rent for her building.  She was one of the many businesses like DeliveryMaxx that had not received the Payroll Protection Program (PPP) for 6 weeks and her hair stylist as well as herself still had mounting bills to pay just to put food on their table for their kids.

As many State and Federal Prisons are releasing criminals like rapist, politicians like Harris County Sherriff Lina Hidalgo are wanting to throw business owners in Jail.  Dallas County Judge Eric Moye ruled against Shelley Luther for both criminal and civil contempt.  The same judge who is known for pulling a gun on a women while driving on the Dallas Tollway, accused of physical assault in 2009 and accused of being biased and not being able to properly preside over a controversial lawsuit in 2018 took the opportunity to grandstand in front of the world telling the mother and small business owner she was being selfish in her decision to open her salon early so she could feed her children.  Moye handed down a $7,000 fine and 7 days in jail.  He baited her with release if she would publicly tell everyone she is wrong to defy the unlawful orders and she answered him with, “I have to disagree with you, sir, when you say that I am selfish because feeding my kids is not selfish. I have hair stylists that are going hungry because they'd rather feed their kids. So sir, if you think the law is more important than kids being fed, then please go ahead with your decision. But I'm not going to shut the salon (down).” 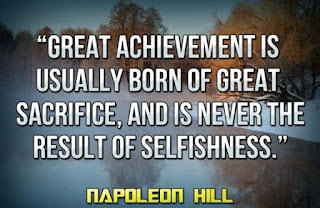 Shelley Luther and millions of other small businesses provide income for over 60% of the United States Labor Force.  Over the last month, the unemployment rate is nearing 23% which is just below the 24.9% unemployment rate of 24.9% during The Great Depression which brought us higher crime rate, mass migrations, increased suicide rates, malnutrition, alcoholism and drug abuse, marital dissolution, child abuse and put higher education out of reach for most Americans.

The small business has been asked to pay the ultimate sacrifice over the last 7 weeks.  In addition to having to battle against a recession every decade; they are now faced with the likelihood of keeping their business open fighting The 2nd Great Depression.  It will be imperative for them to adapt and embrace technology as the government has scared people into not even wanting to look at another person in the eyes.  Therefore, business owners will need to make sure their business is able to reach, communicate and provide goods and services using today’s technology.  This includes marketing, advertising, e-commerce and informing your customers and potential customers in the digital arena.  Using technology will allow leaders to build a strong following. 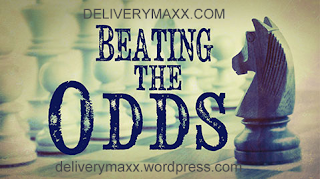 Digital Advertising is less expensive than traditional advertisement, but it has to be done right.  Every site has to be optimized and a complete understanding of each platform’s audience must be known.  There has to be a balance of daily post with branding and testimonies from clients.  There also has to be informational blogs and educational videos that show you are an expert in your field.  DeliveryMaxx makes this happen on a consistent basis meeting all of your needs in the digital world giving you a stronger reach on the internet allowing you to focus on what you do the best.

DeliveryMaxx has been the leader in this arena over the last decade and continues to help businesses in all sectors reach their potential customers through the most innovative digital strategy utilizing common sense and today’s technology.  Our clients experience positive Online Reputation, stronger SEO, concise content management, increase in social media engagement and advertisement and higher customer retention.  We are able to customize and create a strategy for any entity that is trying to gain more exposure on the web.  With clients in multiple industries and across the country such as Automotive Dealerships, Real-Estate Brokers & Agents, Churches, Service Industry, Sports Teams, Non-Profit Organizations and more; we utilize our Patent-Pending Program to develop a digital strategy that will meet the needs of sales, service and messaging to the masses.

DeliveryMaxx is one of the only digital media company that provides a simple to use app which will allow our clients immediately collect online reviews, post engaging videos and online content with branding and advertising.  The program is embedded with digital code helping increase SEO which provides first page results on the Search Engines.  It is a tool that is implanted with a complete digital strategy giving our clients a competitive advantage over the competition.  For more information about DeliveryMaxx contact (888) 938-6299 or watch the DeliveryMaxx Introduction Video!