Over the last 6 weeks a lot has been learned by our country’s citizens and leaders.  The stage was set early on with a group of government leaders who used a flawed graph that stated 2.2 million people would die based on 100% of the population contracting a seasonal virus whose symptoms are not much different than the flu.  As a matter of fact, the CDC just came out with another revised statement saying there were a lot less deaths directly related to COVID-19 than had been reported and showed the vast majority of those who might have a slight chance of dying were elderly or had an underlying health condition.  Many of the leaders used scare tactics and incorporated them into their political playbook to gain power while others followed the initial flamboyant voices and made their decision based on popular public emotion. 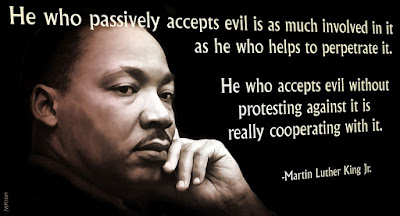 Much like in 1938 when only 13% of the German population agreed with the Nazi Party, the other 87% remained silent and let these power hungry leaders take control using fear.  Over 6 million Jews would meet their ghastly fate as the world stood by and watched.  Today, the majority of Americans have hid inside their houses allowing the government to destroy over 30 million lives since the middle of March sending the unemployment rate to its highest since the Great Depression of 1929.  The 87% of Germans who remained silent based on fear of perceived popular opinion may not have pulled the trigger or released the gas, but they were still complicit as they allowed Hitler and his party to lead the country to destruction.  A widespread defense in modern day about if the hype around the Coronavirus being a hoax is that the information by mainstream media, CDC, WHO, our Local Politicians and those that worked on the frontlines was false.  However, there were a minority that kept asking questions, even being ridiculed by their peers, and utilizing research to show the numbers never and would never add up.  They were ostracized for using logic and accused of being insensitive about those that might die.  This was even after they pointed out that there was never a plan to prevent mortality due to the virus, but only to allow hospitals to prepare for an uptick in those that might become sick.  The narrative has now changed to the prevention of all death from the coronavirus, which sounds just as farfetched as writing this sentence.  One thing is for certain, we will all die from something.  Those that are scared of this virus should be scared of pneumonia, flu, heart disease, cancer, common cold and even driving their vehicle.  Those deaths have claimed millions more than COVID-19 over the years.  Because of fear, our country is now on the brink of The 2nd Great Depression and will suffer at a greater rate than the initial deaths we were trying to prevent in the first place.

A leader leads.  A follower follows.  The difference between a leader and a follower is the willingness to be wrong.  When you're a follower, you ask the leader what to do.  There's nothing wrong with being a follower--the world needs them as much as leaders.  However, if you are a follower—be sure you know who you are following! 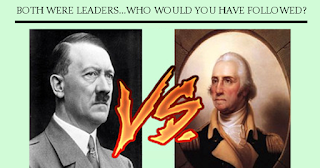 History has given us great leaders and leaders who took their followers down a path of destruction.  George Washington and Abraham Lincoln are considered great leaders while Adolf Hitler, Joseph Stalin, Benito Mussolini and Saddam Hussein have been etched in the annals of the past as an example of leadership by fear that has failed its people.

The best leaders have emotional intelligence; they may feel things deeply but they're emotionally strong and stay in charge of their feelings. Followers are more reactive with their emotions, while leaders are more responsive.  Successful leaders have strong convictions and are bold in their beliefs, while followers are less committed to ideals. Followers get out of the storm while leaders stand strong against it.   Leaders may be headstrong and determined, but they also know when to be flexible and agile. Followers are more inclined to stay on the set course come what may.  By nature, followers are more cautious than bold. Leaders combine big dreams and action; they leap into situations where both the payoff and the risk are substantial. Followers watch and take notes; they move more slowly.  Leaders tend to be decisive, opinionated and self-assured. Followers are more likely to see limits in their abilities and put more faith in the judgments of others.  Leaders like to have a definitive plan and a blueprint for getting results--a bridge between goals and accomplishment. Followers like to have clear instructions that allow them to focus more on their individual corner of big picture.  Leaders are almost always characterized by a clear vision for the future and sharing that vision with others. Followers either focus on the moment or sign on to a leader's vision.

Business leaders can use the current chaos to help them make decision as they try to survive, rebuild and ultimately thrive in this chaotic economic landscape.  Leaders will need to make sure their business is able to reach, communicate and provide goods and services using today’s technology.  This includes marketing, advertising, e-commerce and informing your customers and potential customers in the digital arena.  Using technology will allow leaders to build a strong following. 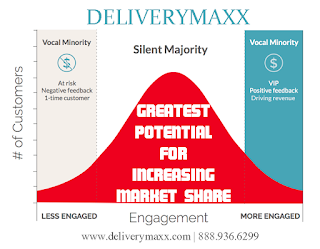 Digital Advertising is less expensive than traditional advertisement, but it has to be done right.  Every site has to be optimized and a complete understanding of each platform’s audience must be known.  There has to be a balance of daily post with branding and testimonies from clients.  There also has to be informational blogs and educational videos that show you are an expert in your field.

DeliveryMaxx makes this happen on a consistent basis meeting all of your needs in the digital world giving you a stronger reach on the internet allowing you to focus on what you do the best.

DeliveryMaxx has been the leader in this arena over the last decade and continues to help businesses in all sectors reach their potential customers through the most innovative digital strategy utilizing common sense and today’s technology.  Our clients experience positive Online Reputation, stronger SEO, concise content management, increase in social media engagement and advertisement and higher customer retention.  We are able to customize and create a strategy for any entity that is trying to gain more exposure on the web.  With clients in multiple industries and across the country such as Automotive Dealerships, Real-Estate Brokers & Agents, Churches, Service Industry, Sports Teams, Non-Profit Organizations and more; we utilize our Patent-Pending Program to develop a digital strategy that will meet the needs of sales, service and messaging to the masses.

DeliveryMaxx is one of the only digital media company that provides a simple to use app which will allow our clients immediately collect online reviews, post engaging videos and online content with branding and advertising.  The program is embedded with digital code helping increase SEO which provides first page results on the Search Engines.  It is a tool that is implanted with a complete digital strategy giving our clients a competitive advantage over the competition.  For more information about DeliveryMaxx contact (888) 938-6299 or watch the DeliveryMaxx Introduction Video!

Email ThisBlogThis!Share to TwitterShare to FacebookShare to Pinterest
Labels: Are you a Leader or Follower, deliverymaxx, Effective Business Leadership, Leading during a crisis, Online Digital Management, Social Media Marketing